You are here:
California, Locations 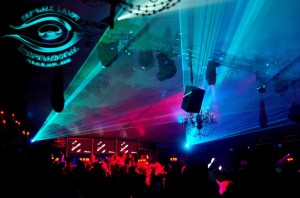 The laser light show or live multimedia performance is quickly becoming an integral part in music shows and concerts in Oakland California and the rest of the world.

It works by allowing a narrow beam to be produced utilizing optical scanning to create patterns and images on surfaces without refocusing due to the differences in distance.

The types of laser light effects evident in music shows

There are two main classes of laser effects that you can view during a show. They include the beam effects which travels through air creating the effects and screen effects which requires a projection surface such as a screen to be visible.

Furthermore, beam effects is divided into two; static which are turned on and off bouncing from mirrors to create a beam matrix and dynamic which are moving beams of light above audience.

The products for laser light shows

We at Nu-salt Laser have the right product to make your show exemplary. From television commercials to music concerts in Oakland California, we have the products to improve your entertainment.

The merits of using light shows